The Avengers, or Why I Am The Worst, by Allison 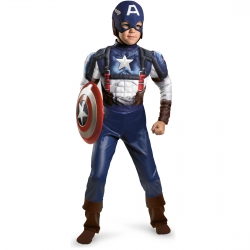 So Matt wants to see The Avengers, and although I have extreme sartorial issues with superhero movies, I concede, since he certainly accompanies me to my Twilights and British Speaking People movies without much grief.

Plus have heard it was good and like some of the actors.
But right away, I am awful.
Samuel L Jackson shows up, all bla bla exposition on some glowy thing, and I say to Matt, "it would be cool if he started swearing a lot about snakes and planes, or wore a wig and killed people with John Travolta" and Matt is all, shhh.

And then Captain America arrives, and seriously, that is the dweebiest superhero ever.
His hair is way too tidy and pants are in his armpits, and I get that he is from olden days and stalwart and true blue, but his costume is so doofy and I decide he is Reagan-like  and say "I bet he's going to start talking about trickle down economics to kill the bad guys," and Matt is "you are doing a Reagan thing now?"


I could write a whole essay on my issues with superhero costuming:

1. Tights? I wear tights, they run, like when you are getting out of your car, good luck scaling building or such.

Nobody is fooled.
The little mask thing, or the colorful ensemble, or whatever is supposed to trick the world into not recognizing Bruce Wayne or Clark Kent or whoever, looking exactly like themselves but in a very non-functional costume, does not fool anyone.

And Captain America's costume is super, triple dweeby and obnoxiously patriotic.
Bor-ing.
And when Matt does lure me to superhero movie
(Note: Exception given to Batman, mostly because Christian Bale exceeds my perimeters for hotness and so I try very hard not to notice the outfit),
I either spend my time talking in Comic Book Guy from Simpson's voice (Worst. Costume. Ever) or falling asleep, which is preferable to him and audience. 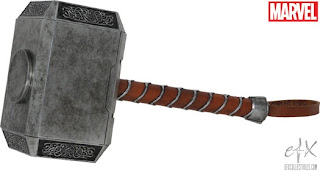 But alas, I am not asleep during The Avengers, but I am happy when Iron Man shows up as I love Robert Downey Jr's snark, and I am holding out for Thor, as that guy is actually tall and has good hair possiblities.

But Dr." not Hulk yet" is there, and he is all "Yes, it is very tiring for everyone to wait for me to explode into a giant toddler."
Plus his clothes are baggy and wrinkly.
I am all, "Matt, you are radiation doctor, you should be offended by this, plus when is he going to HULK SMASH!"
Matt is pretty much saying variations of  "Ug, stop, shoosh."
I cannot.

Thor arrives, I be quiet, with the tall and the hair there is promise there, but then he gets out his hammer.

I howl laughing as I realize they are all totally in Halloween costumes.
Like, toddler Halloween costumes.
And I may have started singing "The Lollipop Guild."
And Matt is all “we are out of here.”
And that is why I am the worst.
Posted by Allison at 5:40 AM